Omnichannel: Back to the future for the general store?

As with many other terms in retail, omnichannel is frequently used but perhaps less frequently full understood. 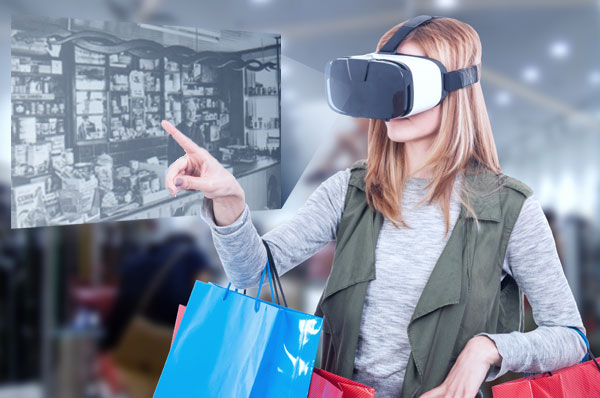 But what’s become apparent to me is that at the very heart of what’s good about omnichannel is a store model that’s as old as retail itself.

Omnichannel, when executed well, bears a striking resemblance to general stores from 100 years ago – and here’s how…

Where everybody knows your name

The local general store owner knew every customer by name. That was his (store owners were always men back then!) CRM, and he used it to offer loyalty and rewards to his best customers.

Omnichannel experts talk about the importance of customer centricity – and the general store owner would fully agree. His business lived or died on the relationships he built. Recommendations were vital, and every happy customer had real influence.

And as for offering a multichannel experience, the general store customers could buy in store, order in advance by phone or by letter, or send a farm hand to collect goods. Furthermore, you could pick up your goods in store, at a lock-up after hours, or arrange a delivery – a range of options that modern, omnichannel retailers would be proud to offer.

There were flexible ways to pay – from using credit to paying with goods that could be re-sold. And since the owner got feedback in real-time from customers, he could change his range and assortment fast – and easily order individual customer requests. His data management was really efficient, and it allowed him to easily personalize customer experience. Indeed, most store owners knew very personal details about customers, like birthdays, which enhanced the personalization even further.

Better still, the owner might start assembling items the customer would want based on past purchases the second they walked into the store. He might even pick up potential items based on his knowledge of their past behaviors. We’re talking about Amazon levels of data mastery.

And then, store owners would contact any frequent visitors who hadn’t turned up in a few days. This is the kind of proactive marketing that big retailers spend huge amounts of money on trying to create.

I could go on – but I’m sure you get the point. Today, in our digital world, we are trying to piece together a retail ecosystem that in some ways was mastered, almost by accident, many years ago.

How to become the general store of the future

It’s useful not to think of omnichannel as something new, inherently digital, mysterious or intangible; to start with, just think of that general store of days gone by.

But then think of what that same store could do with today’s tools. Imagine integrating all that know-how and all those brilliant customer relationships with the 21st century’s digital tools.

With deep knowledge about retail and consumer behavior, a smart IT-infrastructure, an ecosystem of supporting components, engaged and educated staff and not least a well-managed omnichannel strategy to act on, you can become a modern general store that embraces all the benefits of omnichannel.

Planning for your next steps retail isn’t always about gazing into the future; sometimes, there are valuable lessons from the past, too.

E-commerce / Microservices Composable commerce and microservices - explained with tomatoes
E-commerce / Black Week Another Black Week and Cyber Monday with 100% uptime
E-commerce / Sustainability / covid-19 The impact of coronavirus: if e-commerce wins, does the planet loose?
E-commerce Sharpening your digital tools: why optimizing e-commerce is so essential
E-commerce / CRM 3 ways to use your CRM to optimize digital sales
E-commerce / GDPR / Customer data Personalization and protection of personal data - how does it add upp?
E-commerce / AI Who should answer your customers’ questions? A man or a machine?
Go to Knowledge Hub